Installation and sales of aftermarket parts and accessories including:

More about the AP Racing Big Brake Kits we sell:

AP Racing Radi-CAL big brake kits are the epitome of the "Race on Sunday, Sell on Monday" mentality. In an era of motorsports that sees very little technology making its way to street vehicles, AP Racing has decided to re-write the history books and bring that famous saying back.

After 7 years of success in racing series' such as Formula One, NASCAR, WRC, Formula GP2, Indy, ALMS, Le Mans, and many more, AP Racing decided to bring the World Radi-CAL calipers to the masses. The history behind their Radi-CAL caliper is very interesting. In 2005, they took their latest CAD software and combined it with their latest FEA (finite element analysis) software, and decided to forget everything they knew about them. Their goal was to develop the lightest, strongest, most efficient caliper line possible. The end result is the World Radi-CAL. 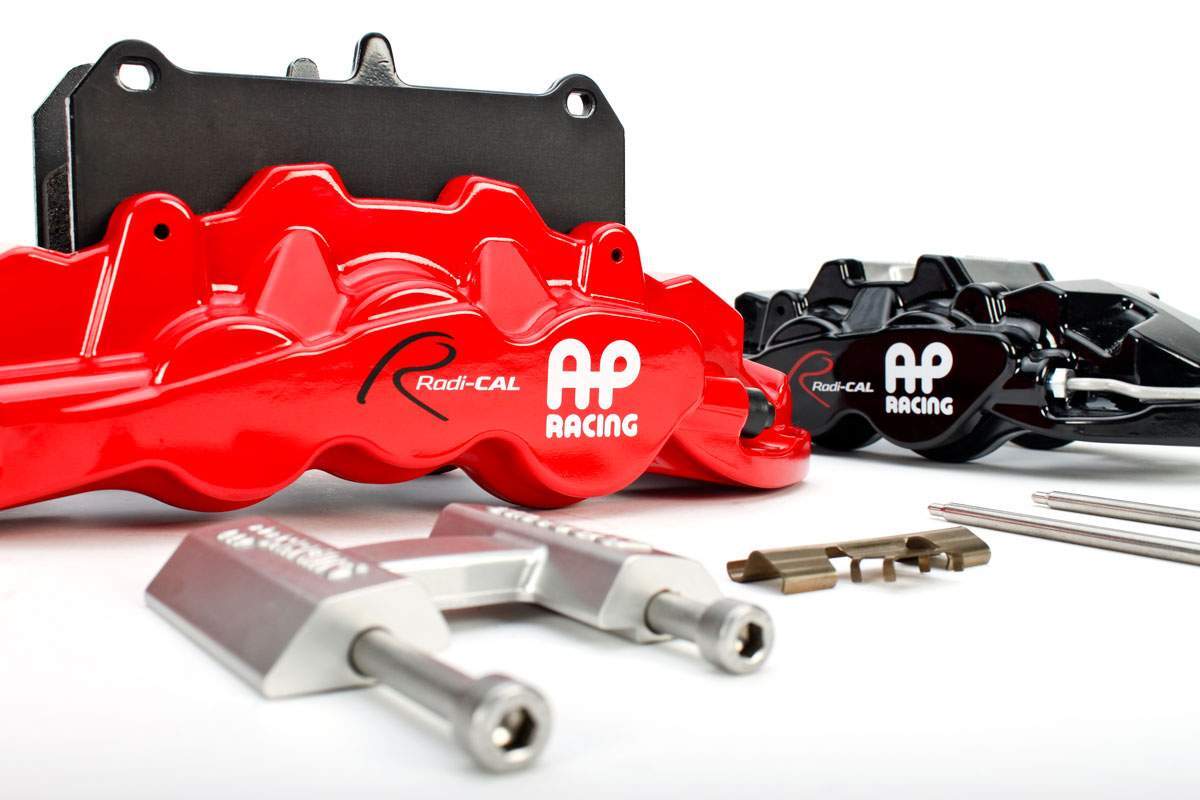 By reviewing them in the FEA software, the engineers at AP Racing were able to see that they could create a caliper with more rigidity by removing material in areas where it wasn't structurally beneficial, and add material to areas where the forces were being applied. This is what created the asymmetrical final design. Additionally, by removing the excess material that was not structurally integral to the strength and rigidity of the caliper, they were able to shave off significant weight.

To bring this technology to the street, AP Racing once again reviewed their current offerings and decided to improve upon every single aspect of the caliper.

AP Racing race-only calipers are typically constructed out of a piece of billet aluminum that goes through countless hours of machining and preparation. This results in a brake system costing upwards of $30,000.00 USD. This obviously isn't practical for a street vehicle. So the best solution for Radi-CAL street car calipers was pressure forgings. The pressure forging process is considerably more expensive than simple cast calipers, but the savings in weight and the increased durability are well worth the compromise. 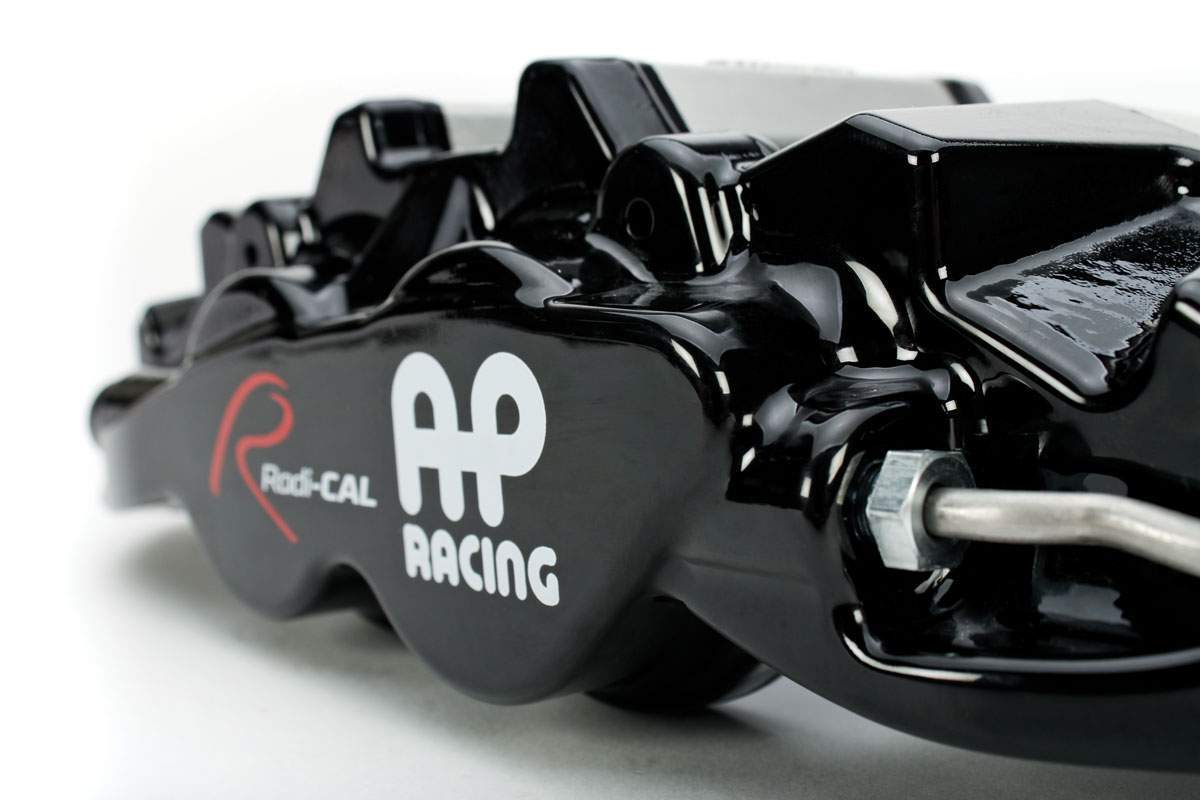 Wanting to bring as much of the technology and experienced gained from the racing version of the Radi-CAL calipers to the street, AP Racing immediately started with a blank sheet of paper and quickly filled in the key points:

Weight Savings
By removing material where it isn't necessary and keeping the material only where it's actually required, AP Racing is able to remove a considerable amount of weight. Additionally, in choosing a pressure forged aluminum manufacturing process, the caliper is 20% lighter than if it were to be constructed out of cast aluminum.

Strength
By using a pressure forged aluminum manufacturing process, the caliper is 25% stiffer than if it were to be constructed out of cast aluminum. Additionally, it is designed to only have material in key structurally integral areas so as to better manage the loads being placed on them during hard braking. 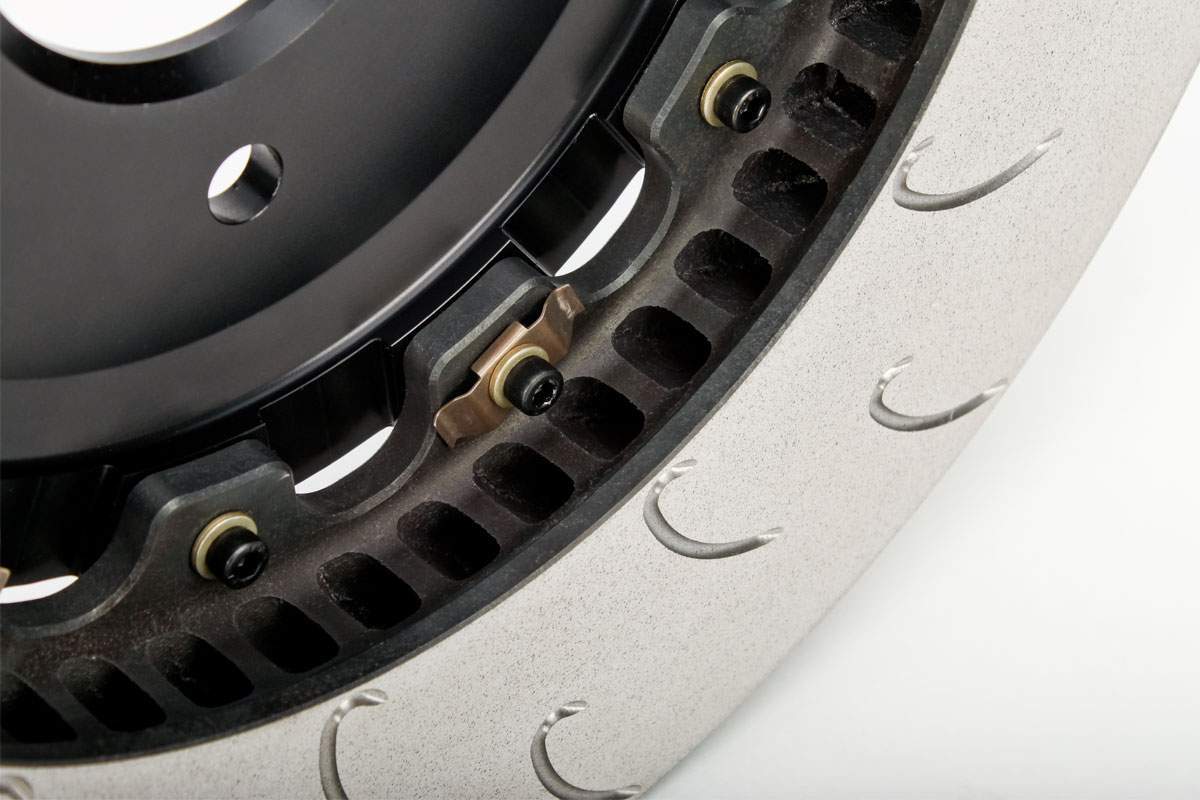 Design
AP Racing wanted to build a caliper that wasn't just technically ahead of the competition, but also cosmetically. They've accomplished this by designing one that is hands down the best looking caliper in the big brake kit market.

Functionality
At the end of the day, AP Racing is an engineering company. They are very talented engineers who eat, sleep, breath, and live high performance. They didn't want to simply build a good looking caliper that would work well for the street- they wanted to build the best looking caliper that would outperform every other caliper in any environment it was in. To accomplish this, they paid close attention to detail, including how easy it is to change brake pads. With the pressure forged removable bridge "H" support, changes take a matter of minutes instead of hours like other big brake kits. The internal seals are rated for supercars like the Bugatti Veyron and McLaren MP4-12C where the cars are put through extreme driving and will undoubtedly see extensive high performance track use.

Unfortunately, one of the most overlooked parts of any vehicle is the braking system. We talk with customers every day who "need" 800 horsepower. And they "need" to increase the downforce on their vehicle. One of the most overlooked areas of the vehicle is always the braking system. Having 800 horsepower is a lot of fun, but what happens when you need to slow down that vehicle and that power? What happens when you're on the track, running 800 horsepower through slick tires getting tremendous grip and quickly overpowering the factory braking system? This is where the AP Racing big brake kits shine. STILLEN engineers each kit specifically for the vehicle it's intended for. This means the factory ABS system, traction control system, and suspension components remain unaltered and ready to perform at their best. Horsepower will put you in the lead on the first couple of laps - AP Racing big brakes will let you stay out front the rest of the race! 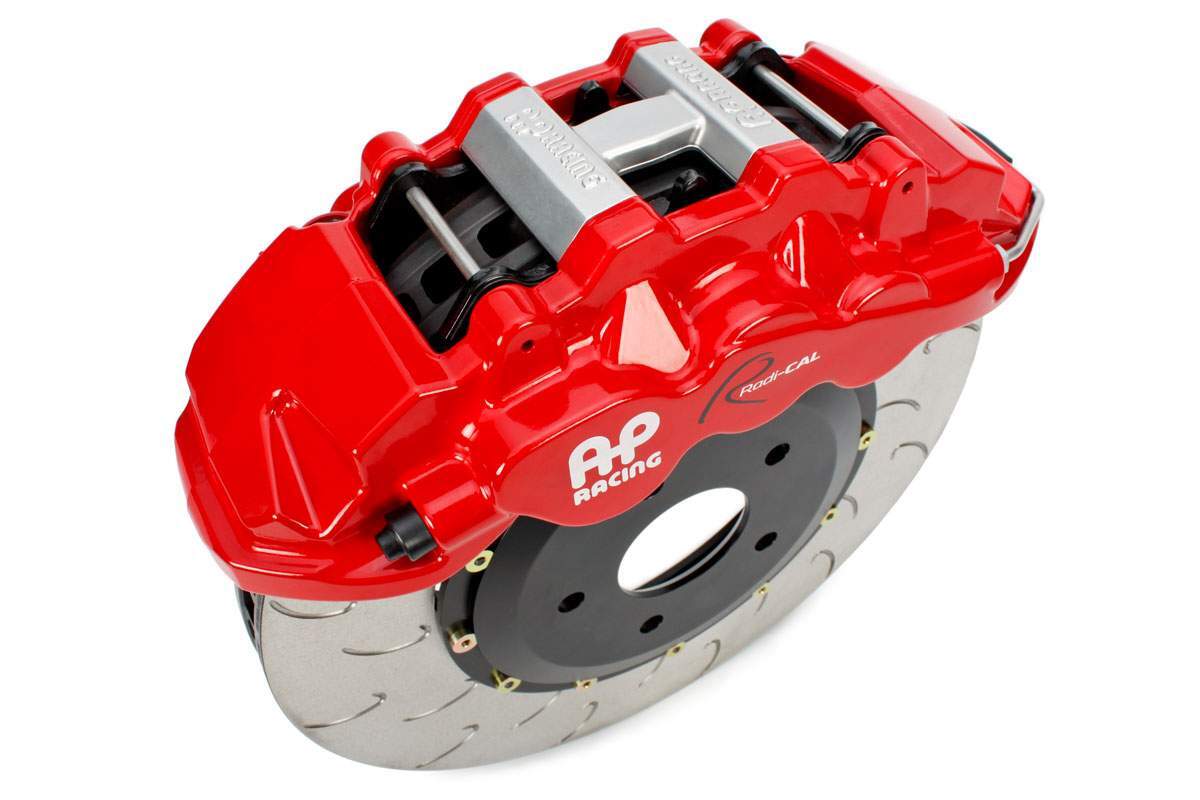 We've talked a lot about racing in this article and how the AP Racing brakes will perform well in a race environment. However, it's also important to recognize the differences between a true race brake caliper, and a high performance road caliper that can handle track day and performance driving. The primary differences are the components of the calipers themselves. For example, a racing caliper is intended to be rebuilt frequently. Therefore, many of the components are simply not used. For example, dust seals aren't necessary.

On a street vehicle where the caliper may never be serviced you have to protect the pistons as well as the internals. On a race vehicle, the pistons don't even get pushed back into the caliper; they're simply removed, thrown away and replaced with new ones. On a race-car the pistons are stainless steel. The primary purpose for this is the cost. Stamped stainless steel pistons are considerably less expensive than machined and anodized aluminum pistons. However, from a longevity and durability point of view, machined and anodized aluminum is significantly more durable than stamped stainless steel.

Strictly speaking, racing calipers are not road legal and do not go through any homologation process for road use. Street calipers must endure hours of testing including salt spray, NVH (Noise, Vibration & Harshness), degradation testing, etc., before being considered safe to use on public roads. This is why the major O.E. supercar manufacturers such as McLaren, Bugatti, Holden, Aston Martin, Lotus and Koenigsegg have all turned to AP Racing's street car team for the development of these systems.